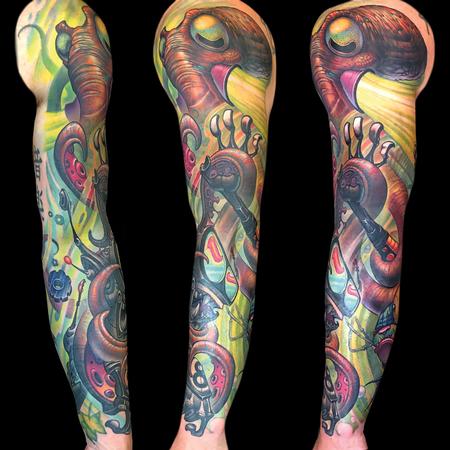 “Every once in awhile one of the many experiments held by the inhabitants of Carkayous West finds it's way out of the compound. It doesn't take long before it becomes a victim of the local wildlife. This situation is no different. One of their Series 8 robots stumbled upon a Land Octopus who quickly dragged it into the Creotic sea where it had zero chance of surviving. It's parts eventually found their way on the backs of some homeless hermits.”